This is my travel video diary which shows highlights of my hitch-hiking trip from Berlin to Georgia Republic via Istanbul and back. Along the path I visited these cities. BIG THANKS to every couchsurfer and driver who made this trip possible and unforgettable!!! The trip began on August 4 2010 and ended on November 3rd 2010.
The only money I took on this 3-month trip was $1000 cash, spending only $833 for food, and the rest for buying an rain jacket in Sofia, warm hat in Vienna, a railroad ticket from Tbilisi to Batumi, hostel for two nights in Odessa.

Back in New York.. BIG THANKS To Everyone!!!

Things to try in Istanbul;

Places to visit: Historical part to explore is SultanAhmet, where you will find the Blue Moscue, Aya Sofia (used to be a Church, now a museum). Also in that area is Basilica Cistern, which has a stone-carved face of Medusa who is placed upside down in the water so her evil eye does not see the spectators’. Near SultanAhmet is the Grand Bazaar, which is 650 years old with over 3600 active shops, and it is considered to be the biggest mall in Europe. Also walking distance away from it is the Spice Bazaar (be sure to checkout Egyptian Market located inside it). Istiklal kadesi (pedestrian street, begins near Taksim square). Off of Istiklal is Nevizade – bar and club area. Istanbul Modern – a museum to checkout in Bosporus area located down from Beyoglu area. Clubs: Babylon Peyote Balkon Kadikoy district, located on the Asian side. Food: For those who have a sweet tooth, definitely check out a candy store called Kavkaz (famous for their chestnut candies), found in every mall. Also turkish viagra – found at the spice bazaar in the egyptian market. Doi-Doi restaurant to try good food.. Halvetia locata (food boufet) located parallel to Istiklal before arriving to tunnel, make a right on Asmali sokak and then first left and go to the end -the gate, Halvetia will be on the corner. For 10 liras you get to choose 5 different sides, and the food is really tasty. Milk rice (comes in a dish). Marash ice cream, found at Mado ice cream shops around Istanbul. Grilled fish on Galata bridge. Mussels with rice and cinnamon. Desert with chicken (chicken pudding) Burek – salty pastry with white cheese in it. Cataif Pide – Turkish pizza Chorba – lentil soup Locanta – self-service restaurant 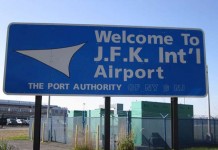 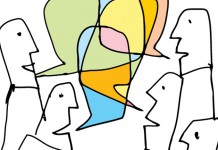 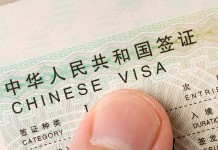