It will cost £12 billion, be run by private companies and track every move you make on the internet, every call, text message and every transaction. Yes, this is the UK government proposal to manage and run a communications database that will make Chinese attempts to control and monitor its citizens look like “light touch” regulation.

The only difference with one-party states like China (ok, so apart from the summary trials and executions) is that the government claims that it will not look at the content on our every electronic interaction, but merely at the points of entry. The “pings”, if you like, to use a geek term.

Of course, this is incorrect. By building up a database about our movements – our morning rituals of checking emails, visiting web sites, buying online – this will build up a pattern. This in itself is “content”. This will create a pattern of recognition about our movements. Plus how long would it be before they start to argue that they need to see the content as well? Curiously, because so few people in China – relatively speaking – are online and/or using credit cards, China will look pretty free compared to our electronically driven society.

I could write a 1,000 more words more on this subject. For now the scale of the project beggars belief. From a government which has presided over countless numbers of security breaches, including a missing CD containing every child’s name and address in the UK, it is an amazing act of hubris. Plus, it comes in the wake proposals by the Ministry of Truth (Ok, so the Department of Culture, Media and Sport) to regulate content. So now we are watched as we go online, and the content we view is to be rated and standardised. Welcome to Britain in the 21st Century.

Renat’s note: This reminds me of the British TV serial called “The Last Enemy”. If you haven’t seen it, I highly suggest you check it out. Very well done in portraying how life could look like if the “Ministry of Truth” concept is implemented. 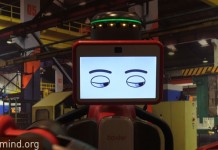 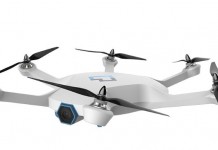 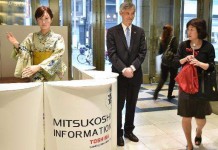