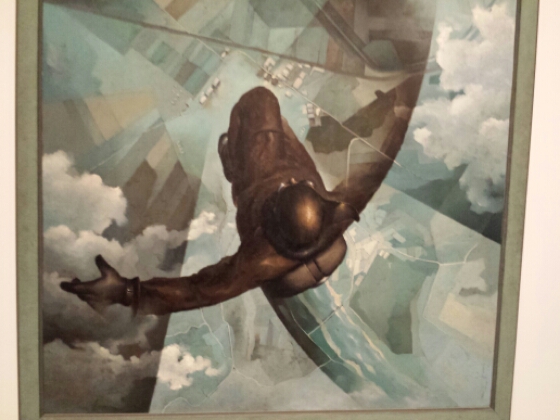 Question: Is society conditioning us to think that we have to have a job to get money?

Society IS conditioning us to think we have to have a job to make money. Intellectually, we all recognize that of course it’s only one way and there’s other ways (all varieties of risk-taking entrepreneurship). There’s also ways to become wealthy via other forms of economics like barter and so forth.

But we don’t recognize this emotionally and viscerally.

Industrial age middle-class lifestyles have conditioned the natural range of wild human risk-taking behaviors down to a much narrower and artificial range of domesticated risk-taking behaviors. To see how far we’ve come, consider that prior to about 3000 BC, the probability of an adult human male dying via being killed in a fight with another male was between 15-60% (statistic from Pankaj Ghemawat’s excellent World 3.0). From that nature-red-in-tooth-and-claw level, we’re now at the far end of the pendulum’s swing, where we aren’t even willing to risk a day of hunger in order to get some potential value in return. We’ve mostly lost our ability to gamble except in the form of entertainment.

I think William James said it best, something like ‘The progress from brute to man is characterized by nothing so much as by the decrease in frequency of proper occasions for fear’

Civilization has certainly proved valuable in some ways. But the cost has been the constant narrowing of our appetite for risk. I’d estimate that about 50% of this narrowing happened in the last 100 or so years. One of its effects has been this addiction-to-paychecks syndrome you’re pointing out (and one that plenty of others have been pointing out in recent times).

I keep repeating one statistic ad nauseum, because people simply don’t get how dramatic an effect the creation of an industrial middle class has had on average risk tolerance. In the 1790s, less than 20% of America had a paycheck income. By 1980, more than 80% did, at which time the trend reversed.

This didn’t happen without a reason. The reason was that industrial age of mass-scale production required paycheck workers. People who had to be trained in industrial-style schooling.

The nominal purpose was to teach them the skills needed to work within the infrastructure of industrial society. The other, unpublicized purpose was to create a class of people that was far more disciplined and risk-averse than natural for the human species. In other words, a domesticated, comfort-loving species. This was achieved through, quite literally, conditioning. Bells rang for waking up and meal-times. Food appeared magically. Retirement was taken care of. Everything happened like clockwork.

The first few generations resisted being drafted into the industrial workforce mightily. Not despite their intimate familiarity with risks ranging from bad harvests to disease, hunger and death through poverty, but because of it. Because they understood that with those risks came freedom.

After that, the next generations were born and raised in captivity and never had a chance to sample the environments that might have made their wilder risk-taking instincts come out.

And so today, we have what you’re pointing out. A populace that understands risk, entrepreneurship and gambling in the abstract, but not at gut-level, and seeks the security of a paycheck, even when that security is rapidly turning into a complete illusion.