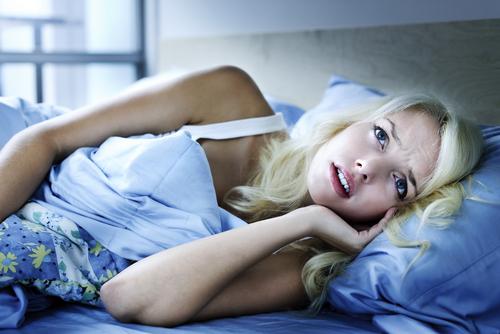 We live in a culture that doesn’t admit that women need sex every bit as much as men, if not more.

Conservatives put women on a romantic pedestal. Women are virginal and sexless. Feminists deny women need men for anything.

“Women are made to feel guilty for needing men,” my wife said. “We’re portrayed as weak, co-dependent or lacking in self-esteem.”

Sex and love have become horribly confused. When religion held sway, they were inseparable (i.e. marriage.)

But today “sexual liberation” has freed sex from love. It has taken love’s place. Millions of men and women behave like addicts. They use sex to assuage a desperate craving for love that only love can satisfy.

An excellent independent movie, “The Business of Strangers” (2001) explores the effect feminism has had on modern women. Writer/director Patrick Stettner illustrates how American women have traded love for the sterility, banality and inhumanity of corporate culture.

This is what movies should do: Reflect modern life. Yet this brilliant movie bombed (or was torpedoed) at the box office, making less than $500,000. Fortunately, critics liked it and it is widely available on DVD.

Two women are stranded overnight at an airport hotel while on a sales trip. Stockard Channing plays “Julie Styron,” successful divorced 45-ish VP Sales whose best friend is her secretary.

The movie shows how career has supplanted family for women like Styron. Feminism promised that women could have both, but this did not happen.

Forty seven per cent of 40-something women with professional degrees have no children. Only 14% of these women said they didn’t want children.  (“Creating a Life: Professional Life and the Quest for Children” by Sylvia Ann Hewitt)

Styron is fired without warning. But when she immediately lands an even better job as a CEO, she is strangely indifferent.

In the hotel bar with Styron, Paula  recognizes Nick Harris (left) a slick young corporate head-hunter played by Fred Weller. He is the man who raped her best friend years ago at a frat party. She lures him to Styron’s suite and puts tranquilizers in his drink.

However, later it emerges that Nick is a rapist in her mind only. Styron learns that he had never been to the city where the rape had supposedly taken place.

Talk about hate. Men are “rapists” because they are not giving women the love they need. The result is self-loathing and resentment against men. Feminism first makes women and men incompatible; then it exploits women’s frustration and rage.

“WHAT DOES WOMAN WANT?”

The great Sigmund Freud was unable to answer this question despite  “thirty years of research into the feminine soul.”

Chaucer’s “Wife of Bath” knew the answer: Woman wants to be loved. She’ll do anything for love, even if she has to become a feminist.

Many Western women today are dysfunctional because they are getting contradictory messages. Society tells them to be “strong and independent,” i.e. successful in a career.

But this behavior is masculine and makes men feel redundant. Men don’t like these women. Thus women are doing what society tells them to do, yet are not getting the male love they expect and need.

Women are loved when they put their husband and children before themselves. It is feminine to self efface. Men love these women because they become part of them.

I am not against a woman having a career, only putting it before marriage and family.

This is NOT how heterosexuals mate. Women are hypergamous, which means they seek men of higher power and status. Nurses marry doctors.

On a date, a man reveals himself and his vision of life. She decides if she’s interested in him or not. If she is, she affirms him by her acceptance and encouragement. In marriage, she demonstrates her love by trusting him to take care of her interests.

He also affirms her by seeking her acceptance. Yes, he also wants her to be capable and successful. But his recognition and nurturing come later.

All successful organizations are hierarchical. The heterosexual family is male dominated. If you wanted to destroy it, you promote equality. Our culture is doing this.

It is mind-boggling but our politicians, media and educators are deliberately sabotaging society. Feminism like its Communist forebear dogmatically denies human sexual differences, such as the fact that men have 10 times the testosterone levels of women.

There are over 900 Women’s Studies Programs in the United States teaching impressionable young women to deny their femininity. According to “Issues in Feminism: An Introduction to Women’s Studies” femininity is “patriarchal mind control.” The “best slaves are the ones who don’t even know they are slaves.” Who authorized this indoctrination in lesbian dysfunction?

This vicious state-sponsored hoax is ruining millions of lives. The CIA and the Rockefeller Foundation sponsor it. The super rich use tax-exempt foundations to promote Communism, according to the 1954 Reese Committee Report of the U.S. Congress.

Feminism is another manifestation of Communism, which was always sponsored by the international bankers and their corporate allies. Their goal is to transfer all power to a global state, which they control. By harnessing the authoritarian power of the state, Big Brother will serve Big Business.

The stated goal of the Communist Manifesto is to destroy the nuclear family. People without stable families are easy to distract and control. Sex starved, isolated, and dysfunctional, the few children they have are also messed up. The U.S. birth rate is at the lowest point in history.

A woman’s elaborate reproductive apparatus has a profound influence on her psyche. Each month she produces an egg and she is devoted to seeing that egg fertilized, then to giving birth and raising a child.

In a true marriage, two people become one. Each complements the other. Women’s strengths should not be the same as men’s and vice versa.

Independence is the big issue in feminist marriages. They are mergers, a pooling of assets designed to achieve economic and sexual synergies. The two people fail to bond and remain immature. They struggle for power and break up.

Heterosexual society has been under sustained psychological attack designed to arrest human development and decrease population. Feminism is the weapon of choice. It encourages women to deny their femininity and act like men.

Feminine women are characterized by selflessness. They are not hunters. They are not killers. They are a little vulnerable in a worldly sense. How do men respond to them? By wanting to nurture and protect them. This is how men love. This is what women want.

In “The Business of Strangers” both women have become hunters. As a result, they hate men but worse they hate themselves and suffer from sexual deprivation. Victims of a diabolical  plot, they have mutated. They need a man’s love in order to be themselves again.

What are your thoughts on this?