Rethink Robotics Baxter robot is introduced by Eric Foellmer. This is an affordable robot that can be easily trained to perform repetitive tasks and flexible enough for many industries.

RoboUniverse is the first professional buyer – seller conference and exposition dedicated to the service robotics industry. The mission of this expo is to accelerate the adoption of modern robotics – service, collaborative and co-worker robots for business, manufacturing, healthcare, education, personal and home based applications.

Drones may have gone mainstream, but it’s not everyday that you see an entry to that marketplace from a veteran technologist with a history of popularizing clever little robot vacuum cleaners. Having already built a pair of industry-oriented drones, Roomba co-designer Helen Grainer’s startup CyPhy Works has made its first flirt with the consumer space with a moderately priced six-rotor drone that takes flight with a swipe of the smartphone screen.

Just as Parrot made the idea of piloting a drone more palatable to beginners with smartphone controls with its AR Drones, CyPhy Works too is looking to put the intuitive thumbs of iOS and Android users to work. Users can control the CyPhy LVL 1 Drone through simple on-screen swipes, with a first person view streamed back to the user through a Wi-Fi network over an impressive 20 minute flight time.

With six rotors as opposed to the customary four found on most consumer drones, CyPhy says it has designed the LVL 1 so it doesn’t need to tilt in order to move. The company calls this its Level-Up technology, claiming it will enhance handling and allow for smoother, more stable captures.

Photos are snapped at eight megapixels and video shot at 1080p HD. The app also enables users to share these captures over social media platforms such as Facebook, Snapchat or Twitter in real-time while the drone is still in the air.

In keeping with the anyone-can-fly-this-thing mantra, CyPhy has also built in a geofencing feature to give users a little peace of mind. Through the app, a maximum and minimum height can be configured and a geofence created literally by pacing out the boundaries with the smartphone in hand, a feature that’s sure to save a few rotors from the trash heap as users get a grip on things.

CyPhy Works has taken to Kickstarter to get its first consumer-facing drone off the ground. Looking to raise US$250,000 to enter commercial production, the company has raised around half of this at the time of writing. Early pledges of $445 still remain and will have a CyPhy LVL 1 Drone headed your way next February if everything goes to plan. 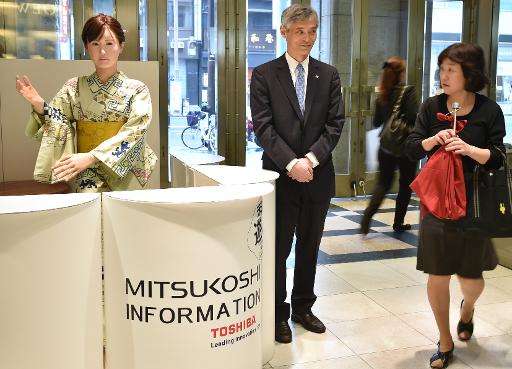 She can smile, she can sing and this robot receptionist who started work in Tokyo on Monday never gets bored of welcoming customers to her upmarket shop.

“My name is ChihiraAico. How do you do?” she says in Japanese, blinking and nodding to customers in the foyer of Mitsukoshi, Japan’s oldest department store chain.

Clad in an elegant traditional kimono, ChihiraAico—a name that sounds similar to a regular Japanese woman’s name—breaks into a rosy-lipped smile as would-be shoppers approach.

Unlike her real-life counterparts—almost always young women—who welcome customers to shops like this, ChihiraAico cannot answer questions, but simply runs through her pre-recorded spiel.

The android, with lifelike skin and almost (but not quite) natural-looking movements, was developed by microwaves-to-power stations conglomerate Toshiba, and unveiled at a tech fair in Japan last year.

“We are aiming to develop a robot that can gradually do what a human does,” said Hitoshi Tokuda, chief specialist at Toshiba.

This is “Spontaneously Yours” with Deric Atienza, who is a Philippine diplomat living and working in Seoul, Korea. Here is his story. 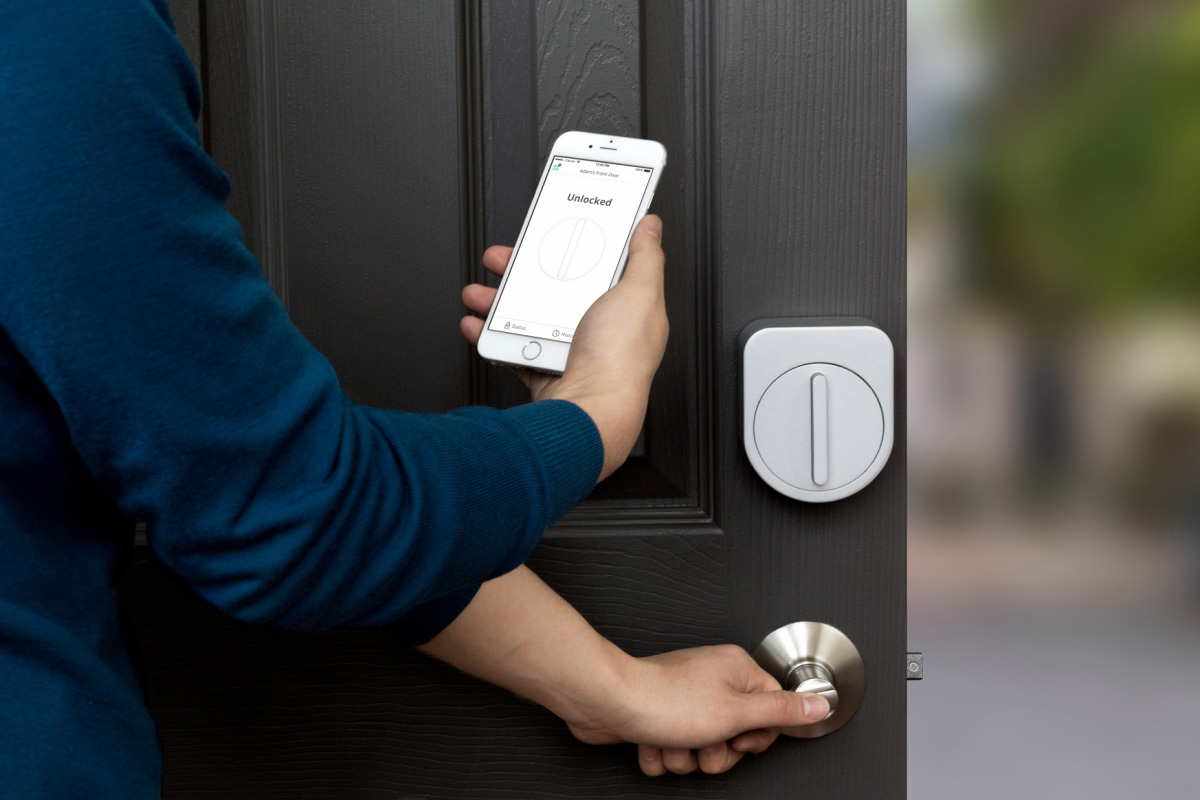 This is an interview with Noemie Goudal at the 2015 Armory show in New York city.

Inspired by her travels, the old-school titans of black-and-white photography such as Henri Cartier-Bresson, and the novels of Haruki Murakami, photographer Noemie Goudal creates images that occupy a space between surrealistic fantasy and modern life. Having once written stories to inspire her photographs, Goudal is now drawn to abandoned and obsolete structures and locations around the world, such as brutalist buildings and dilapidated barns, which she photographs before Photoshopping them into idiosyncratic environments and often enlarging them into life-size prints. She uses traditional chromogenic Lambda printing, adding a nostalgic element to compositions that are at once stark, romantic, and uncanny.

The City of Copenhagen hosts cultural dancing in the open air in Fælledparken (The People’s Park) that happens every Summer. In 2013 it was Bollywood Dancing.

This is an interview with Rachael Champion at the 2015 Armory show in New York city.

This is an interview with Brian Bress at the 2015 Armory show in new york city.

Will is a Michigan-born artist who lives and works in Brooklyn, New York. He was interviewed in his Brooklyn studio on June 13, 2014.

In this in-depth interview, Will talks about how he emerged as an artist, his technique and how he approaches sculpting, where and how he selects his models.

His works can be seen at his web site: http://www.willkurtz.com

Will Kurtz was born in Flint, Michigan and received his Bachelor of Landscape Architecture from Michigan State University in 1981. He practiced as a landscape architect for 25 years, throughout the United States and Canada. It wasn’t until he was in his mid thirties that he began creating art as a self-taught artist. Eventually his passion for art superseded landscape architecture and he moved to New York at the age of 50 to attend graduate school at the New York Academy of Art. After graduation with an MFA he was selected to remain and do a one-year fellowship. He has since had several solo and group shows and has  been reptresented by several galleries including Mike Weiss Gallery, New York, Queene Anne Galerie, Leipzig, Germany, Converge Gallery, PN and Stricoff Gallery, NY. His work is in many prominent collections around the world.