It was an unexpected blow to all users of Catch Notes when its company announced that it will no longer support this app, leaving all of its users and their notes without the online sync feature future development. It was a very useful app that provided seamless sync of user’s notes to the cloud. All this happened in the wake of Snowden’s whistle-blowing about the U.S. government’s illegal collection of people’s private online data without their consent of knowing.

What if there was a open standard, a commitment to users to future proof software, which provided the would be user assurance that the sudden shut-down of service like Catch Notes wouldn’t happen? This would require app labeling, for instance “Future-Proof”. This way when a user is about to decide to install a given software he’d look for this label. No label, no trust. So what if the company decides to no longer focus on a piece of software? In that case, if this software has the “Future-Proof” label, they would have to find a trustworthy provider who would continue this service uninterrupted. 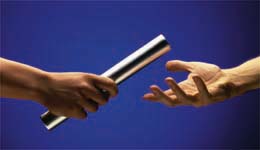